Movement errors such as clumsiness and falls are common for motor control learning during development (Nicolson & Fawcett, 2007). For some children however this clumsiness extends well past the usual time period of early childhood.

Children who have poor coordination often show delayed attainment of gross and fine motor skills. These skills vary from running and catching balls to balancing and tying shoelaces. Furthermore difficulty is often noted with language and communication.

Recent research has identified a link between motor control and cognitive capacity (Habib, 2000). However many researchers suggest that it is within the cerebellum that motor discoordination interrelates with learning difficulties (Carey, 2011). Therefore the cerebellum demonstrates significant plasticity on motor as well as cognitive and behavioural deficits (Nicolson, Fawcett, & Berry, 1999).

How Can We Improve Child Learning Difficulties?

It is also clear that children with coordination problems typically demonstrate neurodevelopmental delay (Rochelle & Talcott, 2006). Often this is demonstrated with a delay of crawling, walking and sitting up. Inappropriate integration of motor programs can lead to disorders of the processing areas of the brain which are crucial for cognition, behaviour and motor control.

At Brainstorm we offer several streams of therapy with the aim to promote plasticity with respect to current neuroscience. Some activities that have demonstrated good outcomes include; motor synchronisation, visual motor therapy, vestibular & balance training and cognitive logical reasoning activities.

For further questions regarding childhood learning difficulties and types of therapy offered at Brainstorm contact our office.

A 7 year old school boy presented with some mild agraphia and gross motor discoordination. His learning difficulties had led to mild social and behaviour disturbances. His general health was unremarkable.
Examination identified a number of findings, in particular retained primitive reflexes (symmetric tonic neck reflex, spinal gallant and Moro’s reflex), gait ataxia, dyskinetic visual motor activity with poor fixation of gaze.
Treatment and Therapeutic Plan
From the assessment it appears this young boy had a form of discoordinated motor disorder with functional dissociation of the left neocortex.
Given the presentation and findings, the practitioner’s therapeutic goals were:
The therapeutic plan was achieved by understanding the hierarchy of motor development control. Therefore the initial approach is to provide better integration of his primitive reflexes and then the descending cephalic pathways for better control.
Over an eight week period the practitioner implemented a neuro modulation rehabilitation program. This therapy was performed with limited supervision twice daily and intensive therapy once per week for eight weeks.

Full evaluation was completed at scheduled intervals throughout the eight week course. At the conclusion of the program it was noted from a pre-administration questionnaire that he had improved both socially and behaviourally in all environments. The patient showed no disturbance with his gait. His motor timing was smooth and accurate and visual motor activity was unremarkable.

The patient stated that he enjoyed bike riding and running now and he also admitted he enjoyed spending time with his family.

Overall it was found that his neurological health had demonstrated a marked improvement. 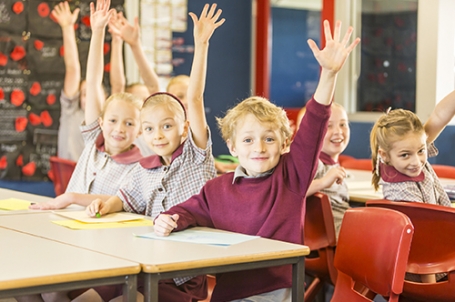