Australia is well known for its abundance of sunshine. Hence, it is perhaps surprising that vitamin D deficiency is a common condition affecting a large proportion of Australians. A recognised consequence of low vitamin D is osteomalacia in adults. It also contributes to osteoporosis, that is fragility fractures, in part through increased risk of falls. Vitamin D deficiency has also been implicated in other conditions including bone and muscle pain, cardiovascular disease, increased cancer risk and mortality, falls, sarcopenia, diabetes, multiple sclerosis, osteoarthritis, epilepsy and cognitive dysfunction.

The main source of vitamin D comes from exposure of the skin to sunlight. Hence there is considerable seasonal variation with concentrations higher at the end of summer compared to other seasons.

Vitamin D is found in fatty fish such as herring, salmon and mackerel.

For most Australians, adequate vitamin D is unlikely to be achieved through dietary sources alone without fortification. 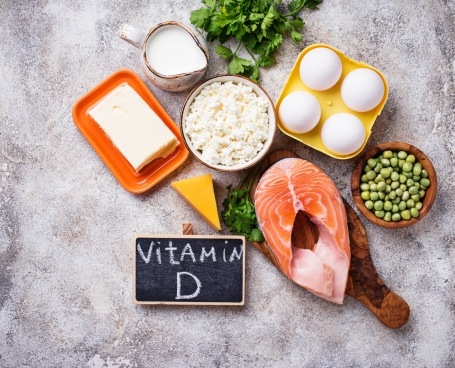