The body maintains balance with sensory information from three systems:

Head motion is detected by the inner ear labyrinth and vision. The semicircular canals sense turning movements of the head. The utricle and saccule sense linear head movements and the centre of gravity. The muscle and joint receptors in the neck, spine, and limbs sense body position and body and head movement.

Information from the labyrinth is transmitted by the superior and inferior balance nerve through the internal auditory canal to the balance nuclei at the medullary pontine junction. Secondary neurons connect to neurons in the third, fourth, and sixth cranial nerve nuclei via the medial longitudinal fasciculus and the reticular formation. More rostral connections go to the frontal cortex where we sense rotation.

Descending fibres go to the spinal column via medial longitudinal fasciculus and lateral vestibulospinal tracts. The visual system sends information from the retina via the optic nerves, optic chiasm, and optic radiations to the occipital cortex. Both frontal and parietal cortex are involved in the pursuit and saccade eye movements that are necessary for targeting the visual system both during head movements and movements of the environment. Cortical eye fields project via the superior colliculus to the parapontine reticular formation and oculomotor nuclei to initiate eye movements. Visual and balance information is integrated at several levels in the central nervous system, particularly at the brainstem and cerebellum.

A healthy balance system supplies the most reliable information about spatial orientation. Mixed signals from vision or proprioception can usually be tolerated. When sitting in a car at a railroad crossing, seeing a passing train may cause the sensation of drifting or moving, and feeling a soft thick carpet underfoot as opposed to a solid wood floor can produce a floating sensation. However, compensating for balance system abnormalities is more problematic.

When the balance system malfunctions, it can no longer help resolve moments of sensory conflict, resulting in symptoms such as dizziness, vertigo, and disequilibrium.

Maintaining balance and equilibrium can be very difficult when more than one health problem exists. A mild balance disorder can be much more problematic when accompanied by a visual deficit. The ability to compensate for a balance disorder is compounded when there is also a deficit with proprioception due to disease or an injury and severe dizziness can result.

Careful evaluation, including a complete medical history noting all potential causes of dizziness is essential for correct diagnosis and treatment. 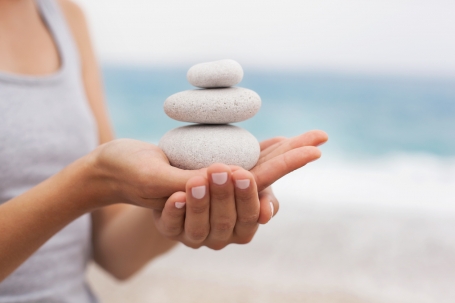