Ball games for the brain

People don’t consider the development of manual dexterity like hand-eye coordination in babies to be an essential element of cognitive development. In fact, the scientific terminology itself – “motor skills” for the movement and “cognitive skills” for mental processing – draws a clear and definite separation between these two types of functions.

As it turns out, such thinking may be holding us back from innovations in education that might truly be able to make a difference for a great many young learners.

Recent research has demonstrated a clear connection between the development of fine motor skills in early life and later success in math, science and reading. Such skills – those as simple as how an infant can use her eyes to track her mother’s face and then reach her hand out and touch her mother’s nose – may just help us understand how ready that child will be for kindergarten, as well as what kind of achiever she’ll be over the next few years.

To arrive at such a conclusion, we first need to understand the connection between the motor and cognitive centres of the brain. Through neuroimaging and neuroanatomical analysis, Adele Diamond (2000) uncovered “significant evidence” for a number of motor cognition links in the brain. Prior to such analysis, these abilities were attributed to separate areas of the brain: motor skills were centred in the cerebellum and basal ganglia, and cognition in the prefrontal cortex. However, Diamond’s research showed that both could be activated during certain motor or cognitive tasks. Further research also showed “ individuals with brain damage to either the primary motor or primary cognitive areas often show impairment in both skill areas.” (p. 1013)

In fact, Karen Adolph (2005, 2008; Adolph & Berger, 2006) suggested that a complex relationship exists between cognitive and motor skills development in infants. Since infants are learning to process a complex and changing world at the same time that they are learning gross and fine motor skills, they are in a state of constant adaptation. Their bodies are changing simultaneously as the world around them is presenting new information. Thus, their physical existence in the world – and their movement through it – is one that requires constant cognitive problem-solving. In short, infants spend the vast majority of their existence, when they are not sleeping, learning how to learn.

Motor Skills as a Predictor

Talk about factors that predict future achievement in reading, math and science most often includes discussions of early math skills, early reading skills, social skills, attention skills, and attention-related measures like curiosity, interest and a desire to learn. Note that none of the aforementioned abilities has a motor physical component. From the motor-cognition connection, researchers like Grissmer and colleagues (2010) have brought the issue of motor skills development to the fore. They went back and analysed data from six data sets, and found that indeed, fine motor skills were a strong predictor of later achievement. In fact, they conclude that taken together, “attention, fine motor skills and general knowledge are much stronger overall predictors of later math, reading and science scores than early math and reading scores alone.” (p. 1008)

According to researchers (Grissimer, et al, 2010), “There are few interventions directly testing whether strengthening early attention, fine motor skills, or knowledge of the world would improve later math and reading achievement.” That said, some facts are quite clear:
Ultimately, with that understanding in hand, we clearly have a research opportunity to pursue an understanding of these connections more comprehensively. Findings from such research could put us in a position to create more novel, more effective interventions that strategically integrate motor and cognitive skill building, and continue to hone how we help our youngest learners prepare for future success. 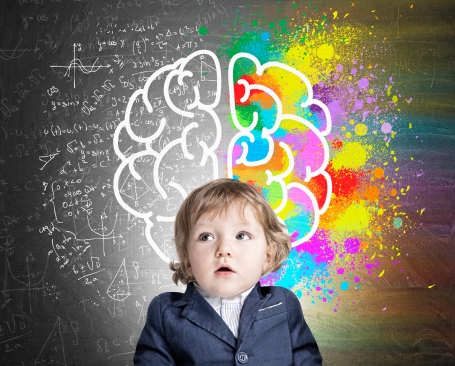